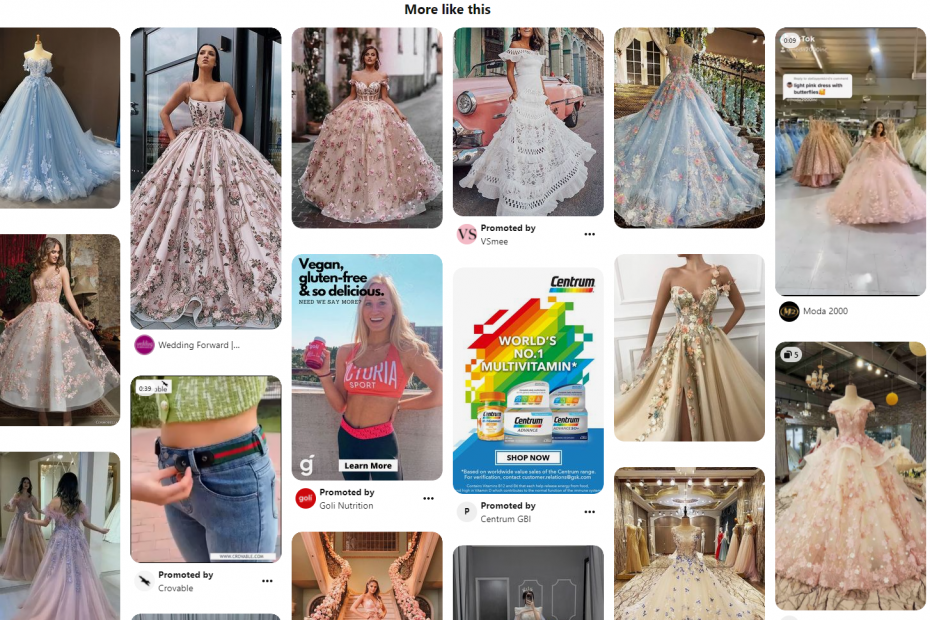 Pinterest is probably one of the most underrated social platforms you can think of. First, if you use Facebook or Twitter, even Instagram, Pinterest seem to be completely incomprehensible. What do you do there? Who knows. And yet, the statistics are ruthless and show its amazing resilience.

So let’s start with what Pinterest is. According to Wikipedia Pinterest is an American image sharing and social media service designed to enable saving and discovery of information on the internet using images, animated GIFS and videos in the form of pins organised by pinboards. Pinterest was created by Ben Silbermann, Paul Sciarra, and Evan Sharp. The first two (Ben Silbermann, Paul Sciarra) failed their first attempt (called Tote which was a mobile shopping application) they teamed up with Evan Sharp and created Pinterest. The company is based in San Francisco and as of March 2021 reported over 478 million active users globally with 30% increase year-over-year. THE number dropped to 454 million in the next quarter but the base remain stable.

The platform development started in December 2009 and was launched in March 2010 acquiring first 10,000 users in the first 9 months. By 2012 Pinterest launched its Android and iOS apps and was listed by Time magazine in its 50 best websites of 2011. Moreover by that time it reached 11 million total visits per week. In January 2021 comScore reported the site had 11.7 million unique US. And it all happened before Pinterest changed their policy to allow joining without invitation! On April 18, 2019 Pinterest went public at $!9 per share closing the day at $24.40 per share.

So what is Pinterest? Is it a social network? Search engine? The creators of Pinterest summarised Pinterest a s a catalogue of ideas and more recently it is more and more viewed as a visual discovery engine. It’s not a social media network. Pinterest is all about visuals in a form of a pin. Pin is an image that is linked to a website or uploaded. Pins (images) are organised into boards, sort of catalogues or collections of images.

Due to its visual character Pinterest became very popular with businesses, particularly retailers, especially in fashion industry. But not only. Pinterest’s pins can feature virtually anything, accessories, recipes, motivational quotes. Anything that can be expressed in a visual form. Its connection to ecommerce makes sense. People want to see what they want to buy. So the real value of the platform is product discovery. In 2019 Pinterest reported that 98% of users tried something new found on Pinterest. 8 out of 10 female users are mothers in charge of buying for their households. That’s an amazing buying power and businesses recognise it investing in their presence on Pinterest platform. And the relationship/integration with Shopify makes it easy to buy. Shopify Pinterest channel is available in 27 countries including Australia, Brazil, Spain, Germany, Italy, UK and others giving 1.7 million of Shopify merchants an easy way to bring their products to Pinterest turning them into shoppable pins discoverable across the Pinterest platform.

Considering Pinterest’s strong financial results, continuous growth and ecommerce integration Pinterest is definitely a platform businesses should consider in their online strategies. The potential is there but still somewhat underappreciated. According to Quicksprout Pinterest is the second biggest driver of referral traffic in the world while getting less attention than Facebook, Twitter or even Linkedin. One of the reasons is that unlike other social sharing platforms Pinterest’s pins can provide longevity. If a user shares something on a platform like Facebook it “disappears” quickly. Even quicker if it is shared on TwItter. Pinterest is different though. Once pinned it can generate viewers and shares for a very long time. After all, Pinterest is not about sharing what you did today, it’s about content you like and want to share and keep. That’s the value many social marketeers still don’t recognise.

If you are interested in learning more about PInterest’s performance, check their earnings report here.